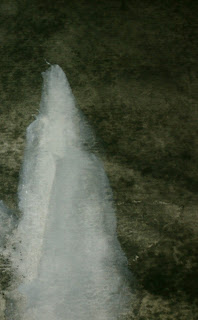 Lori was sitting in the corner of a pediatric dental office waiting for a consult for her 7 year old daughter. It was a cold winter day and the breeze was blowing into the office through the window cracks causing a shiver up Lori's spine. Lori's daughter had been to 4 dentists, and was not a cooperative patient. When the dentist, a burly man with an edge of impatience in his voice started to explain his findings, he completely ignored Lori's daughter. He didn't even give her any eye contact. From the time of his entry into the office, he sat next to Lori's daughter in a chair and spoke directly to Lori as if her daughter was an invisible, inanimate object. He appeared to have forgotten the common courtesy of connecting to another human being, regardless of her age. Somehow, since Lori's daughter was 7 rather than 27, she had lost her right, in his eyes (whether it was a conscious act on his part, or not) to be acknowledged as a human being and to be heard.

Lori noticed these actions by the dentist because her daughter had a very hurt and surprised look on her face as if to say, "Mother , why is he acting this way?"  So, Lori in a very direct tone said, "Doctor, I would appreciate it if you would speak directly to my daughter, rather than to me,  since she is your patient." The doctor's face turned bright red, and without apologizing, clearing his throat, he very awkwardly addressed her daughter.

Years later, when Lori's mother was diagnosed with dementia, she noticed the same thing with doctors, pharmacists, grocers, people at church, etc!  As soon as people were told of her mother's dementia, they would ignore her mother, almost as if she was invisible. And ignoring her mother was not enough for some people,  who would talk in front of her, about her, as if she no longer had feelings.  It was almost as if people thought that memory loss also meant loss of emotions thus giving some people permission to forget common courtesies extended to others.  "She's gone, and no one is at home," one would say. "She just sits there and stares, looking off into space like a deer in the headlights!" People would make these comments right in front of her!!! And when Lori was a child, she witnessed her own family treating her grandmother in the same way. When her grandmother would be released for an afternoon from the nursing home, no one in her family would talk to her.  She would sit on the family couch alone, becoming an outsider in her own family, from no fault of her own!!!

And then, in Lori's case there would be moments of pure clarity where Lori's mother would say, "I can't remember things," and Lori would offer her assurance of, "You're right, Mom. You can sometimes be pretty forgetful, but I'm here to help you to remember, okay?"  And just by acknowledging the truth when asked about it, would offer Lori's mother a level of comfort and confidence. "We are going to get through this together, Mom. You aren't alone, we've got this and God's got this."  Lori would say these things because according to Naomi Feil, MSW in her book,  "Validation Breakthrough,"  people with dementia do not want to be patronized. When they ask a direct question, they want and deserve to hear the truth.  But what Lori had observed, was that they also don't deserve to be ignored.  There are many ways to connect with people, and through connections, we can create avenues that give people in our lives opportunities to be heard. ALL people, regardless of age, disability, or social standing deserve to be heard, and to be given the common courtesy of respect, dignity and understanding.

And sometimes, if a person is old, young or has a disability - people make assumptions that are totally false and biased.  Lori's mother-in-law, an outspoken Italian woman once had to go to the doctor for a physical. The staff nurse was new, and when she saw an 87 year old woman with labored ambulation walk into the office, she assumed she must be hard of hearing, too. "Mrs. Rigatoni (not her real name), MRS. R-I-G-A-T-O-N-I!!!!!!!" The nurse yelled so loudly, you could practically hear her in another state.  Lori's mother-in-law was so mad at this staff member that she immediately yelled back at her, "I'm old, not deaf!!  Stop yelling at me!!!"


Positive Communication methods for people living with dementia:  We recommend seminars by Teepa Snow,M.S., OTR/L.FAOTA www.teepasnow.com, Naomi Feil, MSW, www.vfvalidation.org, and her books, all of them. And the life changing, ground breaking books, "Contented Dementia," by Dr. Oliver James, "The Mindful Caregiver," by Nancy L. Kriseman, and "Deeper Into The Soul," by Nader Robert Shabahangi, Ph.D, and Bogna Szymkiewicz, Ph.D

The information in this blog is information. It is not meant to be a replacement for getting medical advice from your own health professional regarding your own individual health challenge or condition. Dr. Denise will not diagnose, treat, or give direct personal consultations/advice to you on this blog for any medical condition, but will give general examples, and scientific research on many different health topics.  How you decide to use the information is between you and your own medical/ health professional.
By Caregivers Get Fit - November 06, 2015